The issue of the declining bee population is something that we simply cannot ignore. In recent years a lot of initiatives and campaigns have been made to raise awareness and point out the trends of bee populations dropping, fleeing, and failing to sustain their hives. But why put in so much effort? Why are bees important to humans?

The issue is extensive and interconnected, so the best way to portray it is to consider all of its segments. The scientific database and research, combined with people’s awareness, can light the way towards long-term solutions. The purpose of this article is to point out why bees are important for human survival, why are they dying out, and what we can all do to help.

Why are Bees Important To Humans?

The most important benefits that humanity has from bees are honey, pollinating, health products, beauty products, and biodiversity.

The first important thing that bees provide for us is their honey. People have been consuming honey for thousands of years. All ancient civilizations on our planet had some sort of connection and worship of honey. Ancient Greeks named it the symbol of immortality, and ancient Egyptians used it as food for the pharaohs.

The second biggest gift from bees, and not just the honey bees, but all 20.000 known species of them, is pollination. Their work of visiting almost 90% of the crops that we use and eat, makes them one of the most important, natural, and thus most successful, pollinators.

What would happen without bees pollinating our fruits (citrus, kiwis, cherries), vegetables (cucumbers, asparagus, broccoli), or the tons of cattle food that the meat and dairy industry needs?

The next most important benefit of bees is the fact that honey is used in numerous health products. Some cultures use it in everyday life for asthma, eczema, dizziness, energy, and overall health. Recent research suggests that honeybee venom even kills cancer cells.

Honey derivates and compounds are the main chemicals in the making of beauty products, make-up, and cleaning products. We all know the legend of Cleopatra bathing in honey and milk. Today, honey is used in all kinds of foods, beauty, and medical products.

In the end, maybe the biggest benefit of them all is what they do for us passively. Don’t forget that they also pollinate plants that we do not actively use, but are undoubtedly affecting planets’ ecosystems. The importance of honey bees for sustaining life on earth is irreplaceable, so their extinction will push a domino effect to natures’ diversity.

Why Are Bees Dying?

Scientists now know that there isn’t one main reason why bees are dying, but it’s more of a combination of factors as pesticides, parasites and diseases, poor nutrition, and habitat loss. It’s somewhat normal for bee colonies to drop during winter since they reproduce mostly through the warm seasons. In the past, the dropping winter rate has been somewhere between 15-20% of the overall population. But, comparing numbers shows a negative trend – in the 1960ties in America there were around 6 million hives, and in 2008, only 2.4 million hives.

Some compounds in pesticides, mainly nicotine-based ones, are responsible for the die-out of beehives. They affect the bee’s nervous system, making them suffer from weakness and loss of orientation. It stays within the colony, spreading through the honey they produce and feed on. The European Nations have been implementing laws restraining the use of those harmful chemicals, but the US laws are falling behind.

The next two factors are poor nutrition and habitat loss. With the rise of urban areas, their natural environment shrinks, and the food that they can find also changes. For one, they too eat a lot of unhealthy food which contains genetically modified elements and a lot of corn syrup. The monoculture farming practice that we have (where we only grow one type of plant on large lands) makes their diet restricted. Thus, on one side they don’t get enough pollen, and on the other, the pollen they get is chemically altered or poor with diverse nutrients.

To put things into perspective, a research article done by The Guardian, following the story of the beekeeper Arp, explains that in California, the farming land for almond groves has doubled since 2000. Today, there are more than one million acres of almond groves on the territory of California alone. Bees are essential for the pollination of almonds, and agriculture corporations release them for pollination purposes while using pesticides to preserve their almonds from disease.

The bottom line, bee colonies are doing their work in hazardous environments. One way to minimize this problem was corporations’ strategy of breeding and maintaining almond groves that require only one hive per acre, instead of the usual two.

With the combination of polluted environment, poor diet, and the endangerment of their natural habitats, bees become more susceptible to bacterial and parasitical attacks. One parasite, in particular the Varroa destructor, is transmitting a virus that deforms honeybees’ wings.

What is the Colony Collapse Disorder?

With this interconnected and complex change of their natural functioning, we encounter the Colony Collapse Disorder (CCD) in honeybee hives. CCD portrays the symptoms of whole colonies fleeing their hive, leaving only the queen bee, all of the food supplies, and a few nurse-bees that take care of the immature offspring. It’s an interesting phenomenon, but it’s also a terrifying one, especially since the cause is complex and connected to an unstable world for the bees that’s likely caused by human activities. Even though this disorder stabilized around 2008, the problem is persistent and continues to happen.

How Can I Help Save the Bees?

How to save the bees from dying is not an easy answer. Legal policies about pesticides, undisturbed natural habitats, and agricultural changes are needed towards solution. A lot of counties, NGOs, and unions are working towards implementing sustainability and preservation laws, but individuals can help too.

1 // Make your garden their home

One way to save bees is welcoming them in your home – plant different kinds of plants in your garden, thus giving them a more diverse diet.

You can also provide water for them in a shallow bowl filled with partially dry pebbles on which bees can step on. This is an easy way to help bees at home and make a change for your local bee population.

(On social media, there’s a smart hack of using sugar water to help bees get refreshed. Adding a little sugar in water can aid an exhausted, tired bee and help her on her journey back to the hive.)

The other way to help the bees from going extinct is to never use pesticides or strong synthetic fertilizers in your outdoor area, or not buy products from companies that disturb their natural habitat and habits.

Another way to help save the bees from going extinct is to donate to organizations that are working on the cause. Also, you can educate yourself and spread the word. Even though the debate has been already discussed globally, huge parts of the community are unfamiliar, uneducated, or uninterested in the issue. For some, it goes against their lifestyle or economic benefit, while for others is just a question that they still haven’t thought of, asked, or answered. If the trends and risks are actively debated in the community, even over a cup of coffee on a Sunday, the issue won’t just “slip our minds”.

It’s Not Just a Bee Problem

Have you heard of the windshield phenomenon? It’s an observation that swiped the community in recent years. People are noticing that far fewer insects are sticking to the windshields on driving cars. Remember a couple of decades ago when insects would be all over the windshield, and we’d have to clean them off? Well, that no longer seems to be the case, and the reason is very sad: this is due to a reduction in the number of insects in general. The windshield phenomenon shows that all insects are dying off, not just the bees.

From the start of the industrial era in humankind (these last 200 years), around 10% of the total insect population has gone extinct. The previously noted facts about the use of synthetic pesticides; the practice of monoculture agriculture; the shrinking of their natural, unaffected habitats through deforestation, pollution, and climate change; are affecting all life on earth, including bugs.

This trend follows all animals on the planet, including aerial and marine life forms, too. The list of endangered species is continuously growing (and at least 10,000 species become extinct every year), so the changes in our lifestyles will become inevitable, not optional. If we don’t implement changes to our consumerist and destructive practices, we are bound to go down with the other species.

Our Role in All of This Now

The declining bee population is not some stand-alone phenomenon; it is part of the interconnected issue of biodiversity loss due to human activities (such as wildlife trafficking). Bees are particularly important due to their relationship to agriculture, and their precarious situation means a lot for us and our future. Although the global political, economic and social community needs to step up and help, every individual can also help the bees. Make some essential economic changes (learn about degrowth), leave a smaller negative impact on the environment, and welcome your bees wholeheartedly into your garden. You can also donate to collaborative organizations working on the cause. 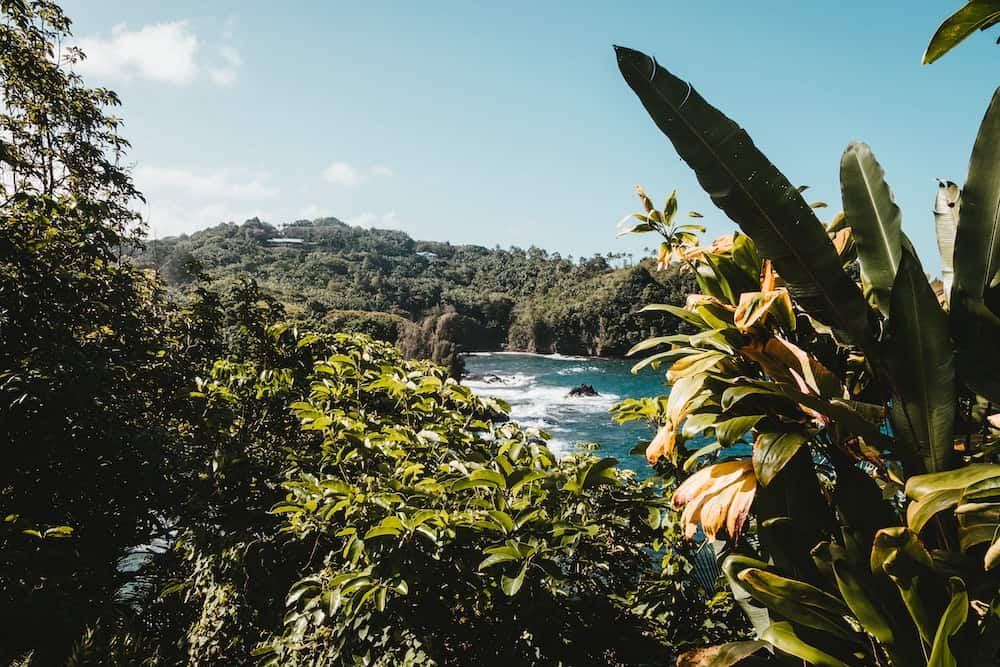 The Powerful Benefits of Regenerative Agriculture 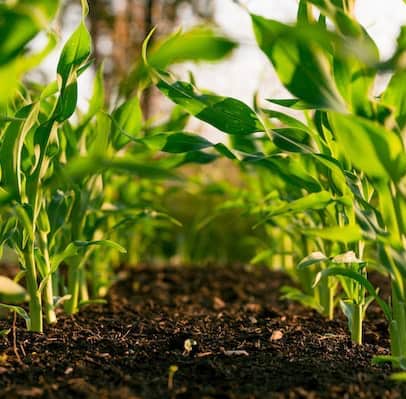 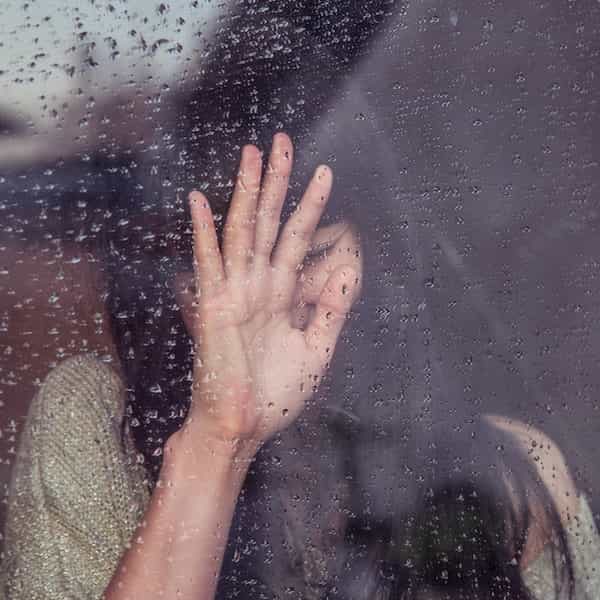